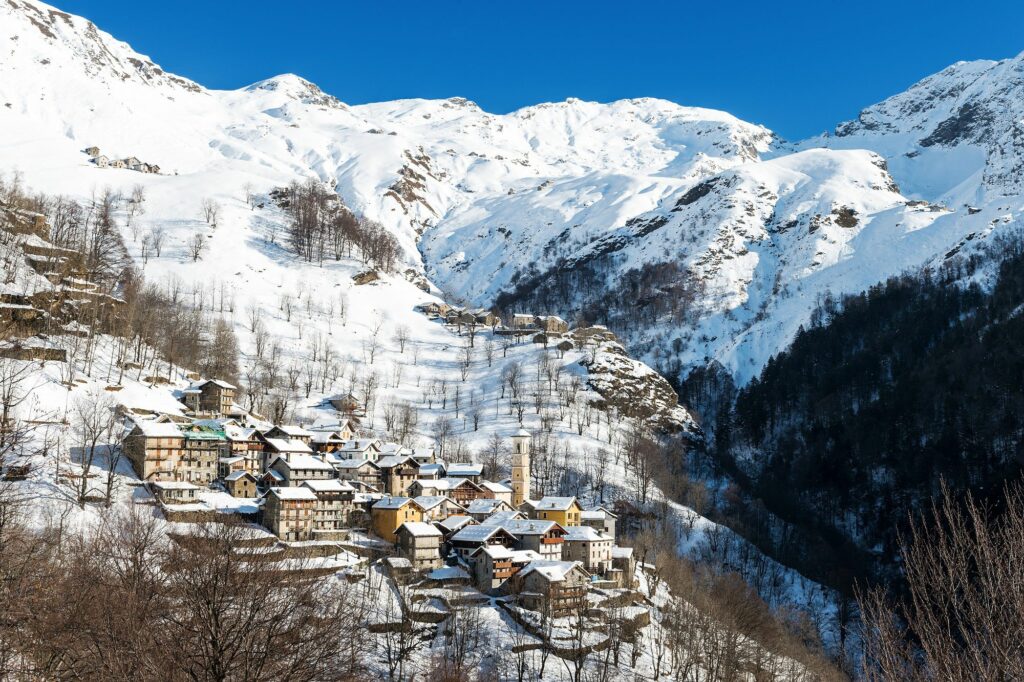 Rimella is a splendid example of spontaneous environmental and cultural conservation. It’s an ethnic island where history and tradition have survived over centuries without being affected by Time.
Clinging to very steep slopes clutched to the mountain, it preserves the fascination of its living past which is reflected onto the daily life of the few remaining inhabitants. Narrow streets, stone constructions and neat, steep trails connect the 13 villages where space is rationalized and efficient. Austere homes are dominated by the splendid 17th century church of San Michele, a beautiful example of valsesian Baroque, where a fresco of Lorenzo Peracino is preserved.
The Museum Filippa near the church, was built in 1836 by the Napoleonic soldier G.B. Filippa, native of Rimella, who wanted to endow his community (a population that, was born, lived and died within the borders of the valley) with a “Gabinetto” of antiquities and rare things.

The Eco museum of Valsesia in Rimella has an ethnographic exposition on display which centres on the relationship between the territory and the people, but above all, it is visible in the trails that lead to the mountain pastures which still today represent a living cultural image that cohabits with a complexed eco-system. It is set up in a Walser home that also contains a study centre and library.
A visit to the hamlet San Gottardo with its slendid architecture, position and single belltower is a must. Up until the end of 1551 it was also the transit zone of funeral cortèges coming from Campello Monti on the other side of the mountain, as they did not have their own cemetery.

How to reach Rimella: from Alagna follows the road 299 to Varallo Sesia and enter the splendid Mastallone valley