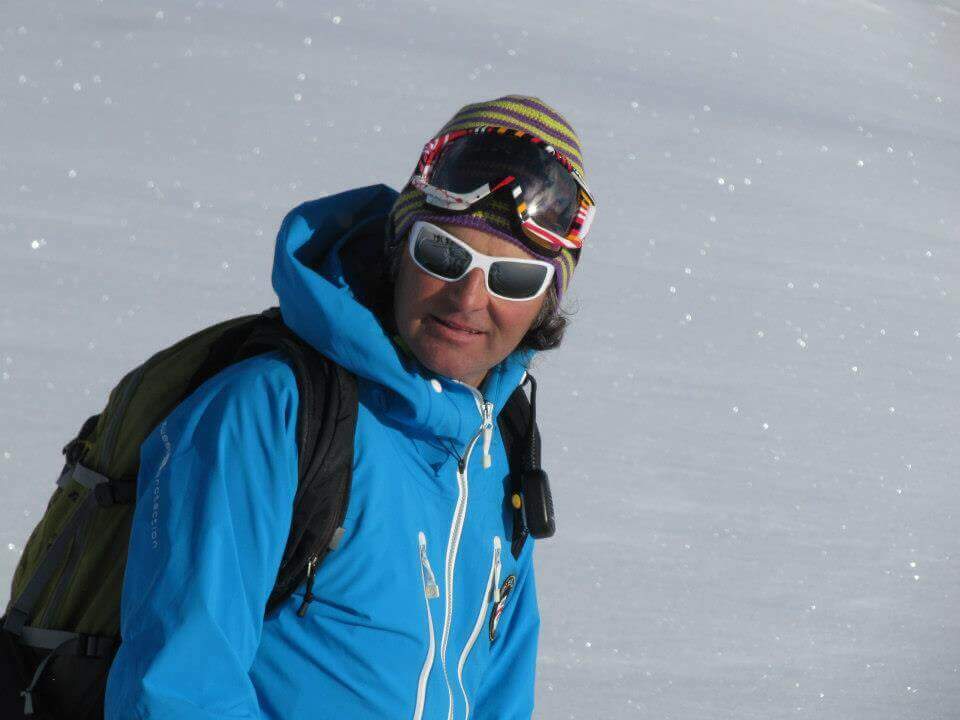 My name is Andrea Enzio. I was born in Varallo in 1968; I have been a ski instructor since 1990 and an alpine guide since 1991. I started my working career in the mountain at an early stage, following in the footsteps of my father and my family who were mainly made up of guides and ski instructors. Having always had a passion for sport, I participated as an athlete in the Alagna ski club for many years. After that I started rock climbing and then moved on to alpinism. I soon became an instructor and alpine guide and started these two jobs in summer and winter alternating them with maintenance work and managing the high altitude refuges, Margherita and Gnifetti. Attracted mainly to winter sports, I started snowboarding and also completed an instructor’s course. After obtaining a specialization in canyoning and participating in some extra-European expeditions, I have been dedicating my attention and passion to skiing, from freeride to telemark and extreme snowboarding. On my side, you can count on some of the most important downhill skiing in the Monte Rosa group.

A lifetime dedicated to sports training: other than alpinism and skiing, I am also a parasailing fan. I did parachuting; canoeing; diving and recently I have started playing golf. I live in Alagna and I am the president of the guide corps in Alagna. I work as a ski instructor and guide and a heli-rescue technician at the base in Borgosesia.