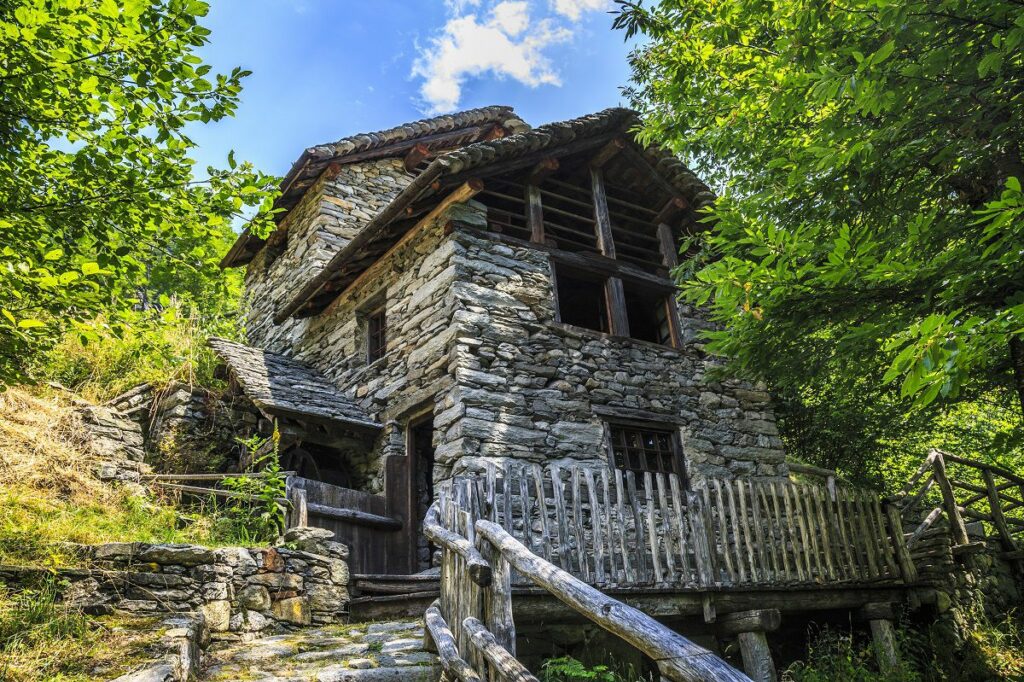 The mill of Mollia on the Eco museum circuit in the territory is from Walser culture and is the original 17th century construction. It is a true and proper multi-purpose factory that combines various activities such as a mill, kiln, oven, carpenter’s shop and corn seed storage. It was originally a factory that used hydraulic energy in a multi-purpose way. Today on the ground floor it has the antique kiln where nails, oil lamps, traps, locks, hoes and jew’s-harps were made, on display (on the inside you can see the mechanisms that activated the stone grinders of the mill and the mallet for metal working). On the first floor are the cereal grinders with the large stone wheel weighing about 150kg. In the same building you can see the oven used for bread-making, the granary and a room used by the smith-miller. The careful restoration is an important example of historical and cultural salvage and is a popular destination for guided visits and school trips.
The mill is not far from the beautiful hamlet Piana Fontana, both elegant and rural at the same time. It is dominated by the bell tower, which they say was built by the men in the hamlet in the early hours of the morning before going to work at no charge. The fountain, called “buràl” by the locals, in the centre of the village, is very rustic and is fed by spring water via a stone spout and was mainly used as a drinking trough for animals. In an alley within the hamlet, there is a room with a concave ceiling carved in the thickness of a high stone wall, called the ” d’lu liàm cort “, which was used to keep the manure from the winter months.