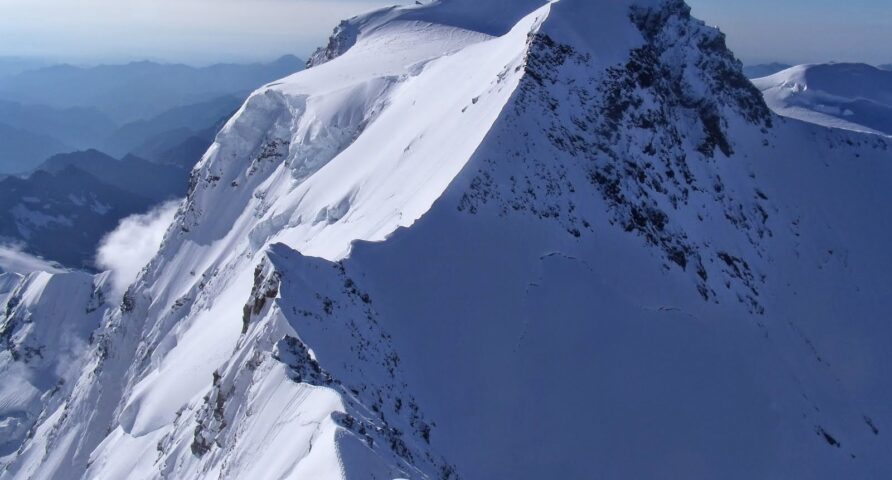 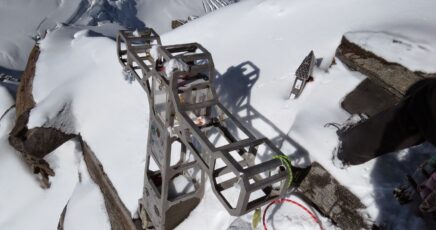 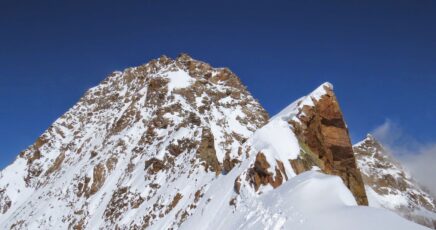 This accent can only be done with an alpine guide

Punta Dufour 4.634 m, Dufourspitze in German and Pointe Dufour in French, is the highest peak of Monte Rosa
This is an alpine ascent reserved for those who are already familiar with activities on high altitude mountains, and an experience that will without a doubt make unforgettable memories you will cherish forever.

The ascent to Punta Dufour is a challenging and fascinating peak and was named in honor of Guillaume-Henri Dufour who was the coordinator of the first Swiss cartographic map work. It is the highest peak of Monte Rosa and can be reached by following a challenging route with rock passages and numerous aerial and exposed sections of snow and rock.

The setting is magnificent with spectacular panoramic views from Mont Blanc to Matterhorn, the Swiss Alpine chain and the major peaks of Monte Rosa. It is undoubtedly a very coveted point for enthusiasts of classic alpinism. It requires good physical training and aptitude for altitude, whether you decide to start from the nearby Margherita hut or from the lower shelters Gnifetti and Mantova.

1st day: ascent to Capanna Margherita or Gnifetti or Mantova taking the normal route. Dinner and overnight stay in a refuge.
2nd day: departure at dawn to reach Punta Dufour (4634 m) in about 3,30/6,30 hours depending on refuge choice, following the normal route via Punta Zumstein.

Difficulty: AD – mountaineering difficulty both on the rock and ice; 40° slopes of snow and ice, and grade III climbing passes. Good physical fitness and ability to move with crampons on ice and rock are a necessity.

Hiking boots which are crampon compatible.