This animal is typically found in an Alpine environment. Both males and females have hooklike horns which grow in height over the course of the years, reaching a dimension of about 18-20cm.

In winter its coat is dark brown and thick and in summer it's reddish in colour and shorter. Its main characteristics are the white head and throat, with a dark mask that runs across the head from the nape to the nose passing over the eye.

Hoof prints : the third and fourth toenails of its hooves ( the part used to walk on) are thinner and sharper than that of the Ibex. It is also possible for the two digits to open quite wide. Between the digits there is a sort of hairy interdigital membrane which allows the Chamois to walk on fresh snow with relative ease. The Chamois displays its surprising agility and velocity on all types of terrain.
Its excrement are dark brown, slightly elongated pellets about 8-10mm in length with a flattened end and a smooth shiny surface.

Their habitat: they can be found in forests at 800 mt below sea level at the entrance of Valsesia and also up against the glaciers at a height of over 3000mt . Their favourite environment; however, is the Alpine prairies in summer, and in winter they move down towards the forests where it is easier to find food.

Their food: the Chamois is a ruminate herbivore. During the good seasons it nourishes on the prairies during the cool hours in the morning. They can frequently be observed in open meadows in the early morning and evening. During the hotter hours of the day, they go undercover to ruminate and enjoy the coolness of the shade. Here the little ones, at times, abandon themselves to playing and jumping along the slopes where the last traces of snow still resists.
During winter, they search for shelter in the forest and for food they happily choose to eat the tender bark of the trees, lichen and small tufts of dry grass that can be found scuffing around with their hooves in the snow.
Spring provides buds and young green grass rich in nutritive substances. Like most goats, they are particularly greedy for salt, which can be found in certain rocks in the form of mineral salts, strewn by the shepherds in the grassy meadows for their domestic herds or put out specifically by hunters to attract their prey.

Their horns: they have hollow horns that grow on a bony support throughout their whole life; it's made of cheratin, the same substance nails are made of. In winter its growth slows down and recommences with increased vigor in spring, thus creating a ring which indicates its age (just like the trees!). Males and females carry a similar trophy. Generally, males possess a more hooked horn with a greater diameter and when observed from the front, they look almost parallel. Females have thinner horns, less curved and set further apart.
Growth is rapid for the first two to three years, reaching the tips of the ears in length. The lengthening then becomes less evident until it only grows in millimeters when the animal is old.

Characteristics: The males have a more solid body and from the side, the neck appears wider than the length of the mandible.
The female is more slender: when observed from the side the mandible, seems the same size or longer because of the width of the neck.
The male has a striped “mane” of long hair from the neck to the tail, which is more distinct in autumn and winter.
Another distinction between the two sexes is the method of urination : the female drops her hind legs garishly while the male remains upright on its legs. The stomach is made up of four parts (the rumen, reticulum, omasum and the abomasum) and can contain a large quantity of food which is ruminated and chewed again. During winter, when food is scarce, the stomach undergoes some transformation and becomes smaller in size. 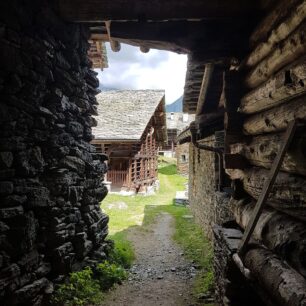 Suggestions for a weekend in true Green Walser Paradise style 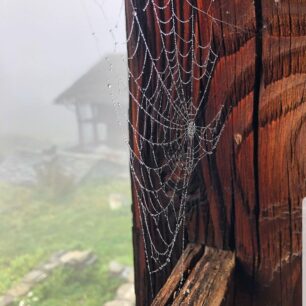 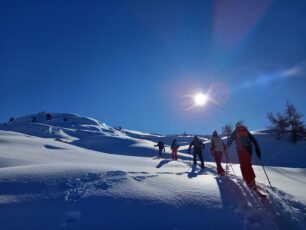 Ski Mountaineering, the sport that caresses the mountain

A Romantic Weekend between Alagna and Gressoney