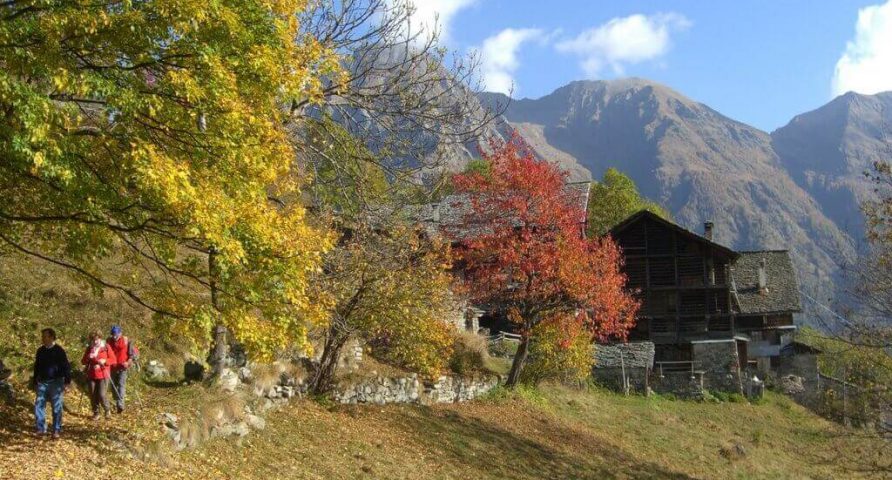 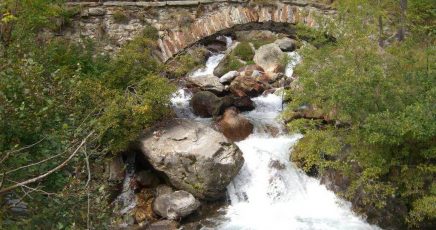 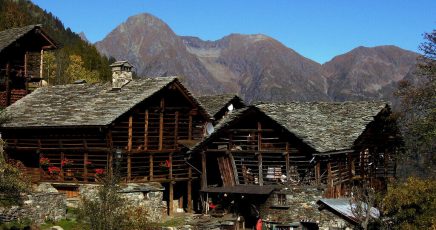 easy path leading in the hert of the Vogna valley

From Alagna reach by car Riva Valdobbia and than Cà di Janzo. Enter the small group of houses  and find the path  n. 10 and reach Selveglio (30 min). Follows the path passing trough the hamlets of Oro, Cà Vescovo and Rabernardo. Avoid the path descending to S. Antonio, go up to Cambiaveto hamlet and  continue to Peccia (45 min). Back to Cà di Janzo following the dirt road for Sant’Antonio, Cà Verno, Cà Morca, Cà Piacentino. (45 min).

Vogna valley, a fluvial valley, particularly wild, narrow and wedged between the mountains is crossed by the ancient road that has connected Riva Valdobbia with Gressoney and France for centuries, and transit point for many emigrants who for centuries have crossed Colle Valdobbia in search of fortune. A friendly territory with a wild nature, where the inhabitants harmoniously blend in with the natural elements. The valley is scattered with splendid villages and their characteristic Walser architecture and many little oratories of considerable, historic-cultural importance. The oratory of San Grato of Peccia is quite significant, because of the list of signatures of Napoleonic soldiers who passed through the valley. The first documents relating to urban settlement in Valle Vogna dates back to 1325, specifically to Peccia, the first colonized nucleus coming from Verdobi (Gressoney Saint Jean), locality from where the colonization of Vogna valley started.

During the following decades the built-up areas increased with the addition of Walser colonies from Valle Anzasca (Macugnaga), who were the first inhabitants of Alagna. The gentle almost level start of this route until the hamlet of Peccia, makes way for a rather demanding ascent after the bridge called Napoleon. It was built by Napoleon’s soldiers commanded by General Lecchi (an army of 2561 men), passing through the valley in May 1800. The demanding, but easy ascent, leads to the plains of Alpe Larecchio. In the past this plain was a large glacial lake and today it is a poetic mirror of water surrounded by meadows and larch woodlands. A little further is a small farm resort with the same name, the feather in the cap of welcome in Valle Vogna.

The Route From Riva Valdobbia at the entrance of the town, following the road that rises to the right in front of the cemetery, you will reach the hamlet Cà di Janzo (1354 m),which is also the entrance to Val Vogna. Here you have to leave your car, because you need a permit from the municipality to continue driving further than this point. You will reach the locality of S.Antonio (1381 m) with its beautiful church and the GTA trail signs. From here the dirt road that runs alongside the torrent Vogna, marked by trail n°1 starts, that covers Val Vogna.