Monterosa is the second highest mountain in Europe. The height and width of its walls has proven to be an irresistible fascination to many, resulting in the birth of alpine tourism and mountaineering.
The adventure of mountaineering began in an atmosphere of turmoil that saw not only the British, but nobles and members of the bourgeoisie move towards Mont Rosa where the local inhabitants, including some priests, very quietly and discreetly have already opened up important routes. This was the rebirth of the mountain.
Wool jackets, studded leather boots and alpenstock accompanied the first brave climbers up to the summits. Their climb was facilitated by mules which transported all the equipment needed. The villages at the foot of the great massif of Monte Rosa were transformed. Hotels and villas in Art Nouveau style were built. The highlying areas changed and saw the construction of refuges and hotels at high altitudes.

And the alpine tradition in Alagna still continues today with the new generation of alpinists, who continuously discover new and exciting routes on Mont Rosa. The most desired of all, the ascent to Capanna Margherita the highest refuge in Europe, attracts thousands of alpinists every year, while the crests of Rosa remain a myth in the desires of those who aim higher.
Alagna, the historic alpine centre of the end of the 19th century boasts the oldest Guide Corps in Italy after that of Courmayeur, founded with 24 members in 1872. Numerous local alpinists gave their name to some of the main summit : Pietro Giordani, a doctor from Alagna, reached the summit named after him today (4046 m) with a group of fellow climbers on the 23rd July 1801; don Giovanni Gnifetti ascended his namesake summit (4554 m) between the 8th and 9th August 1842; Antonio Grober, the first to ascend summit Grober ( 3487 m) on the 3rd September 1874; Joseph Zumstein, the forest ranger of Valsesia who conquered the third summit of the group ( 4563 m) in 1819.

The ascents in the mountains cannot be separated from experience and ability. When you climb with an alpine guide from Alagna, you entrust your safety to a professional and your desires to the passion of one born in these mountains.

Monterosa Mountaineering with guides of Alagna 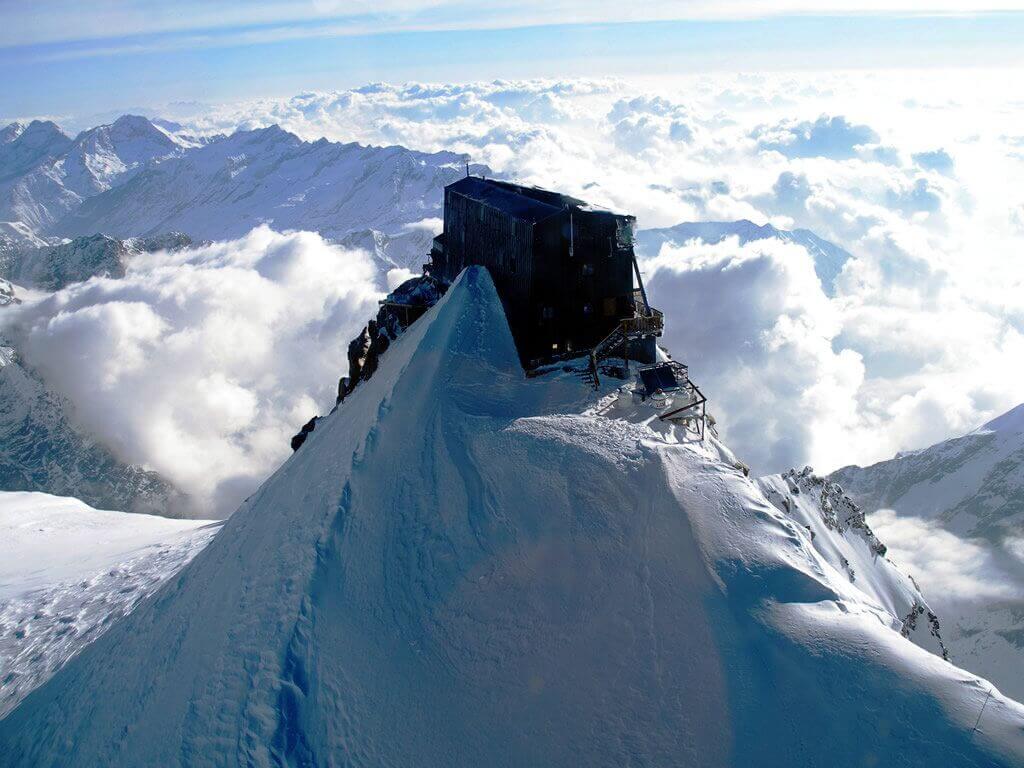 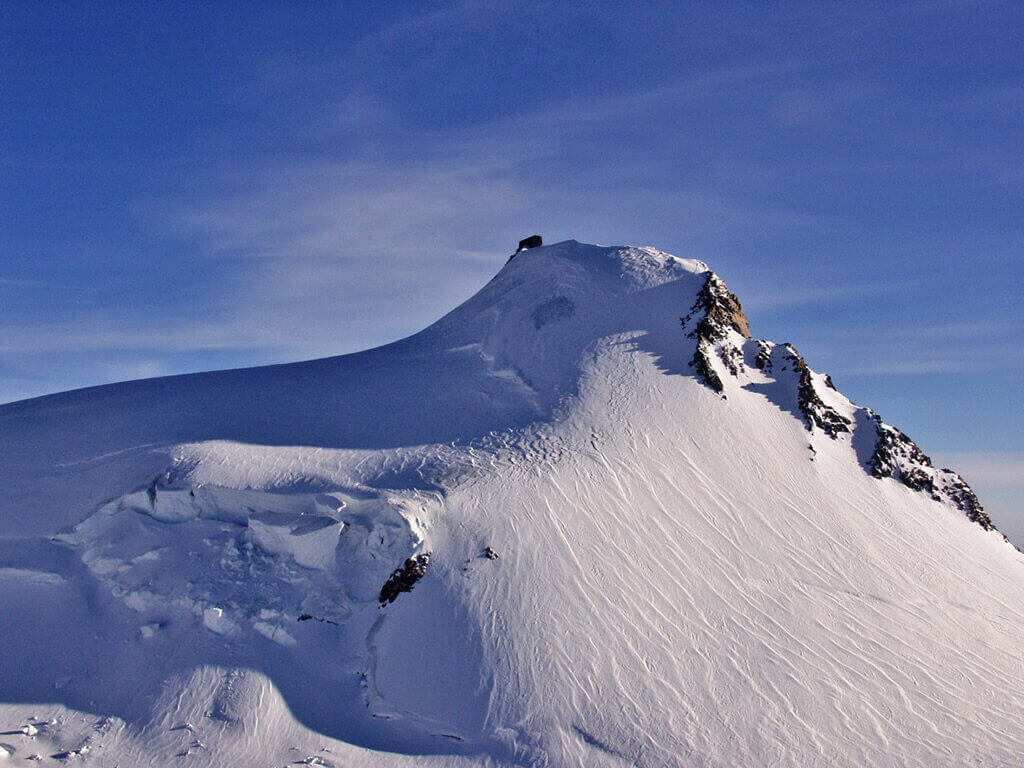 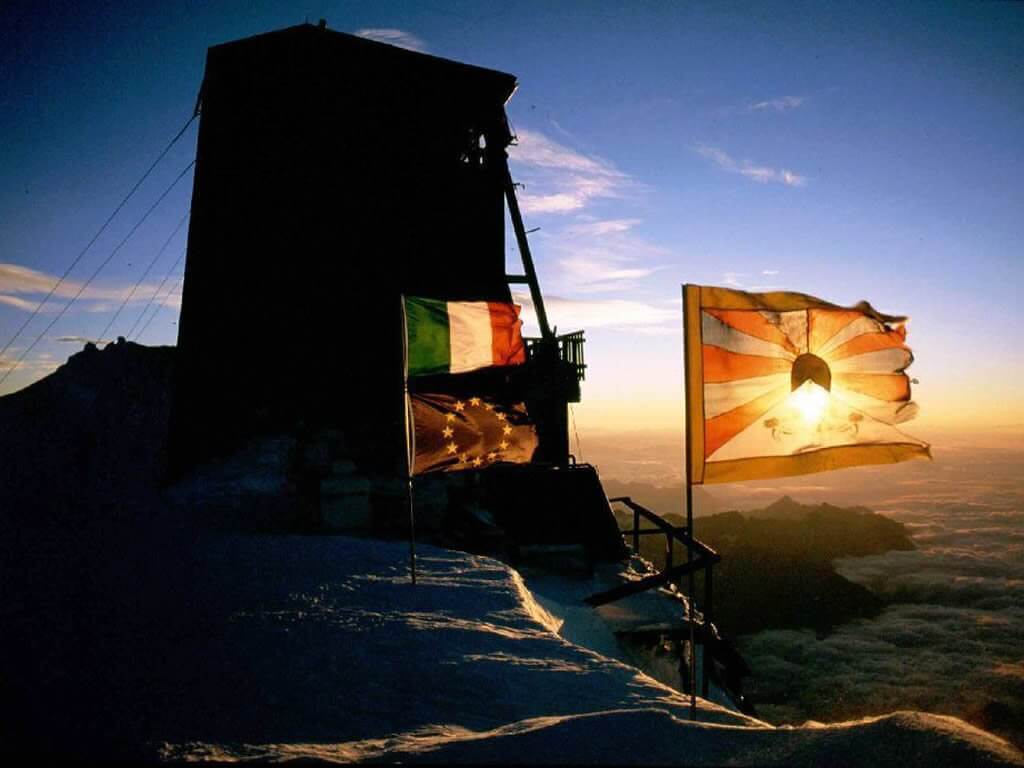 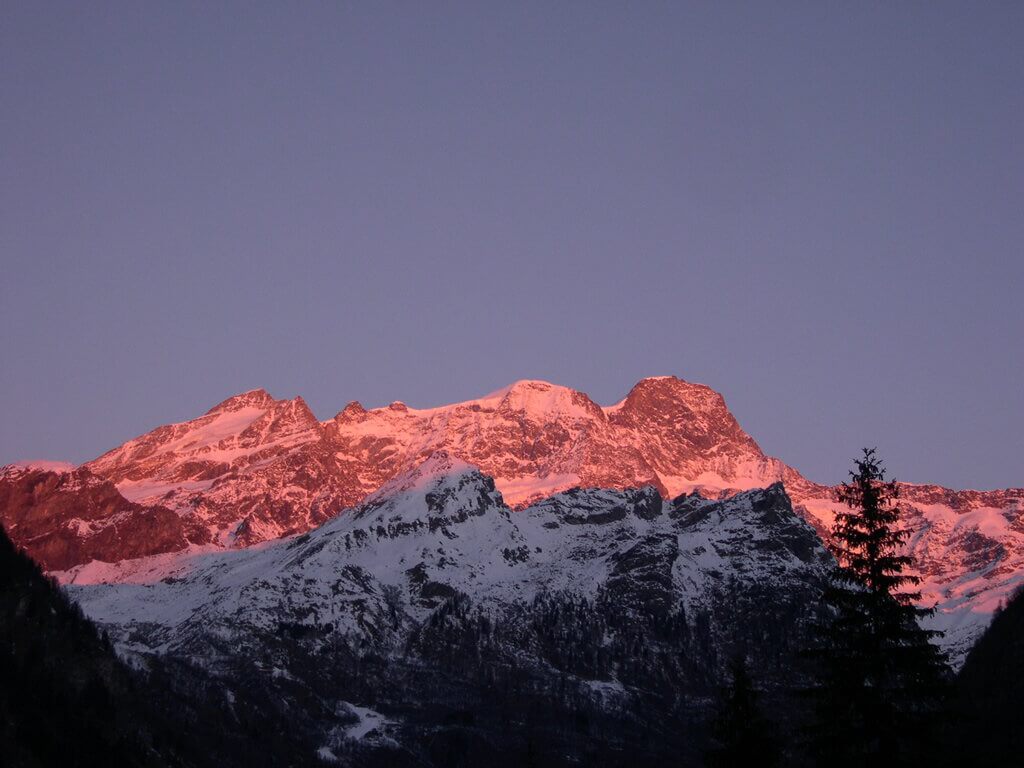 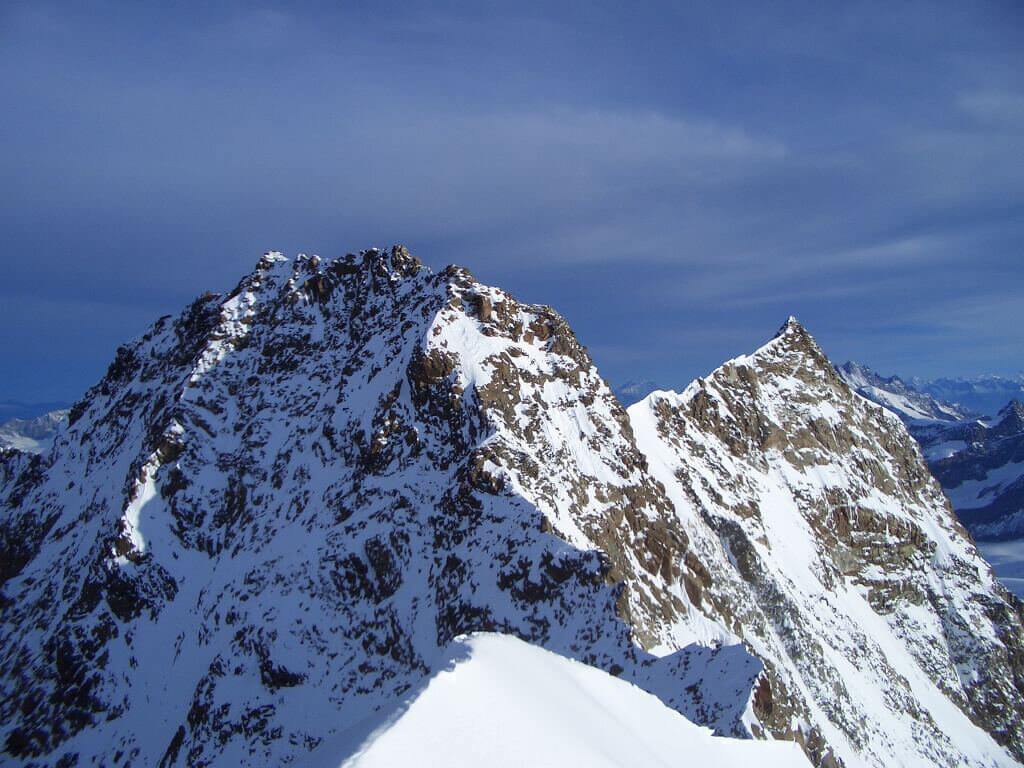 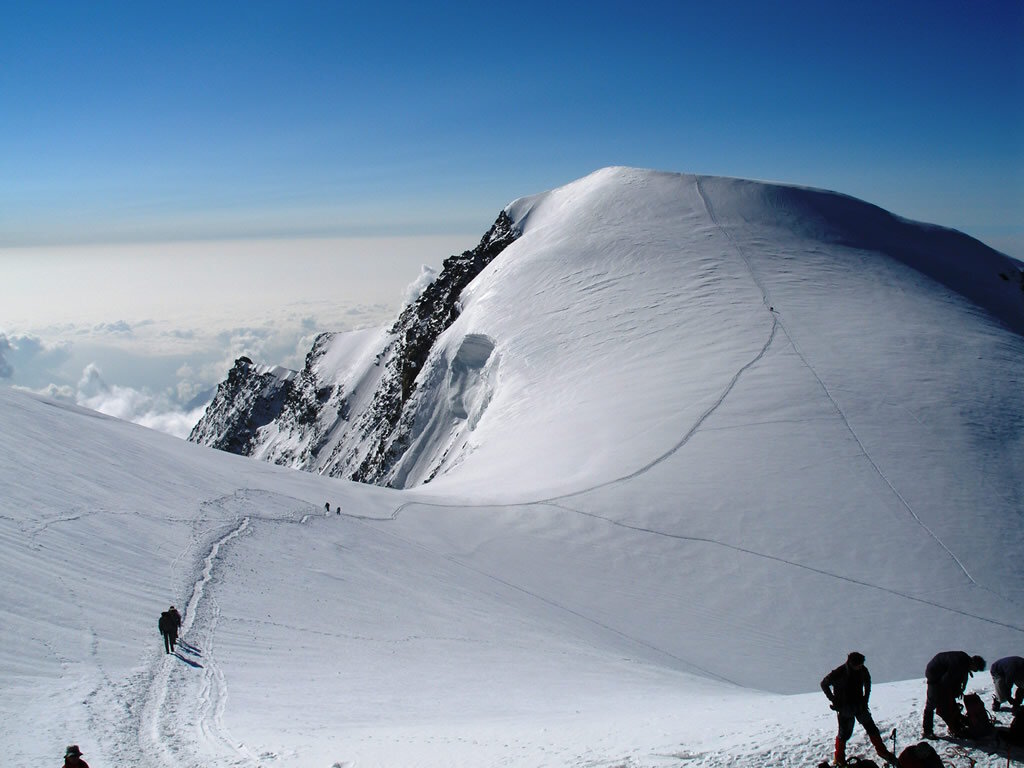 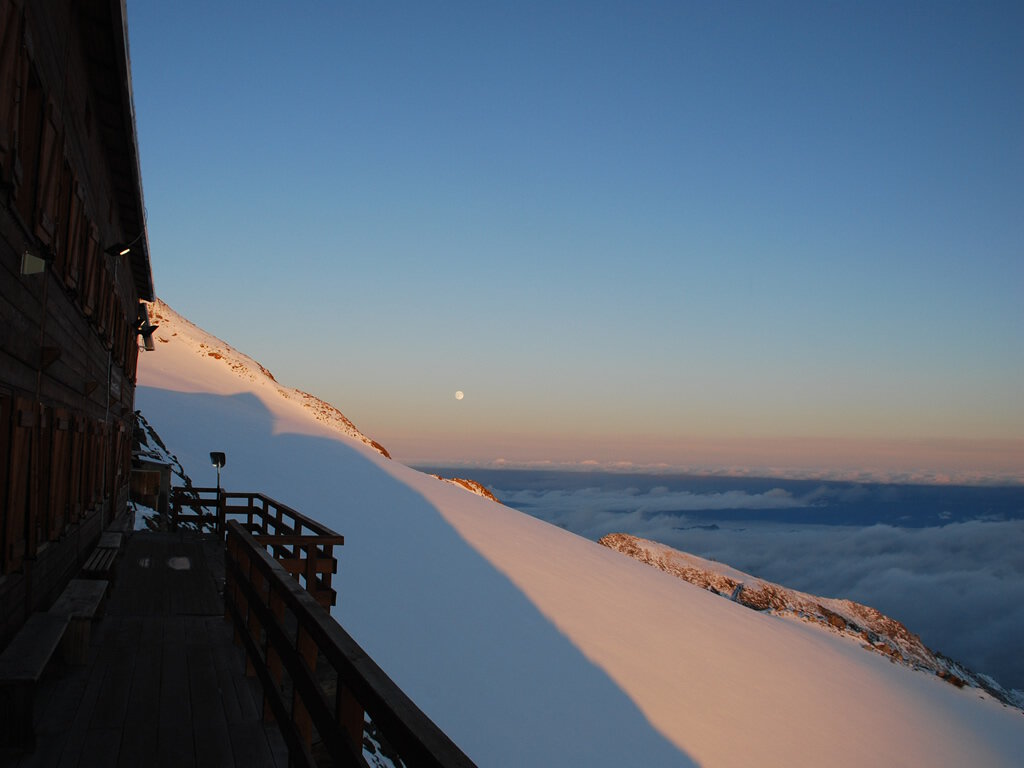 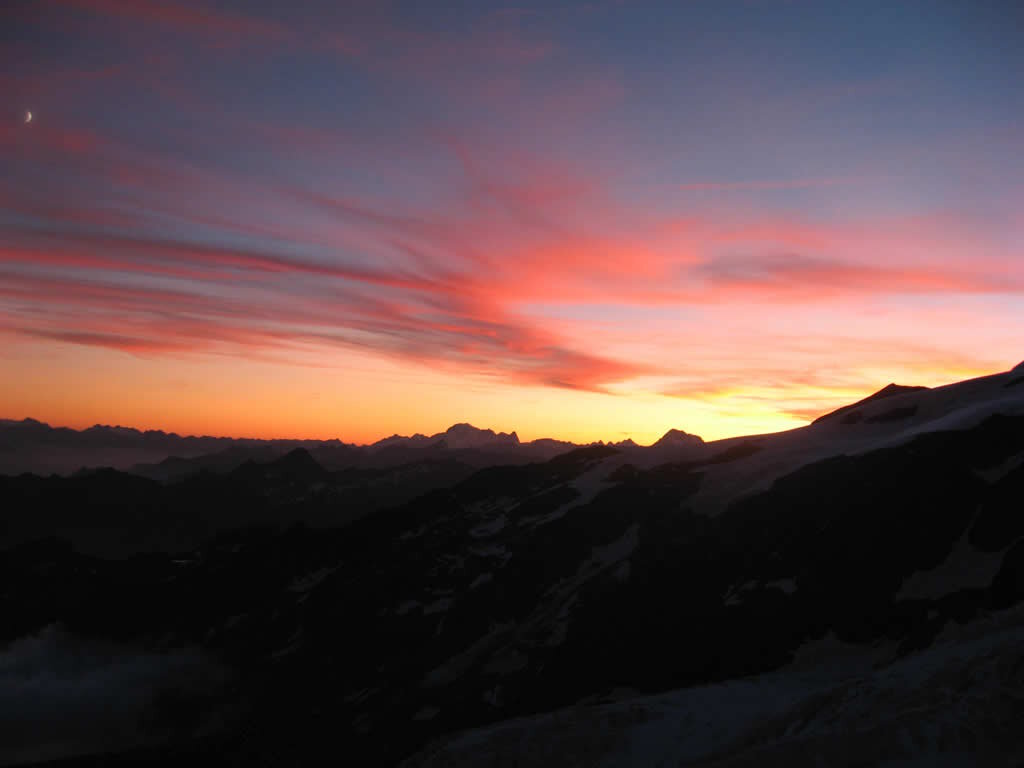 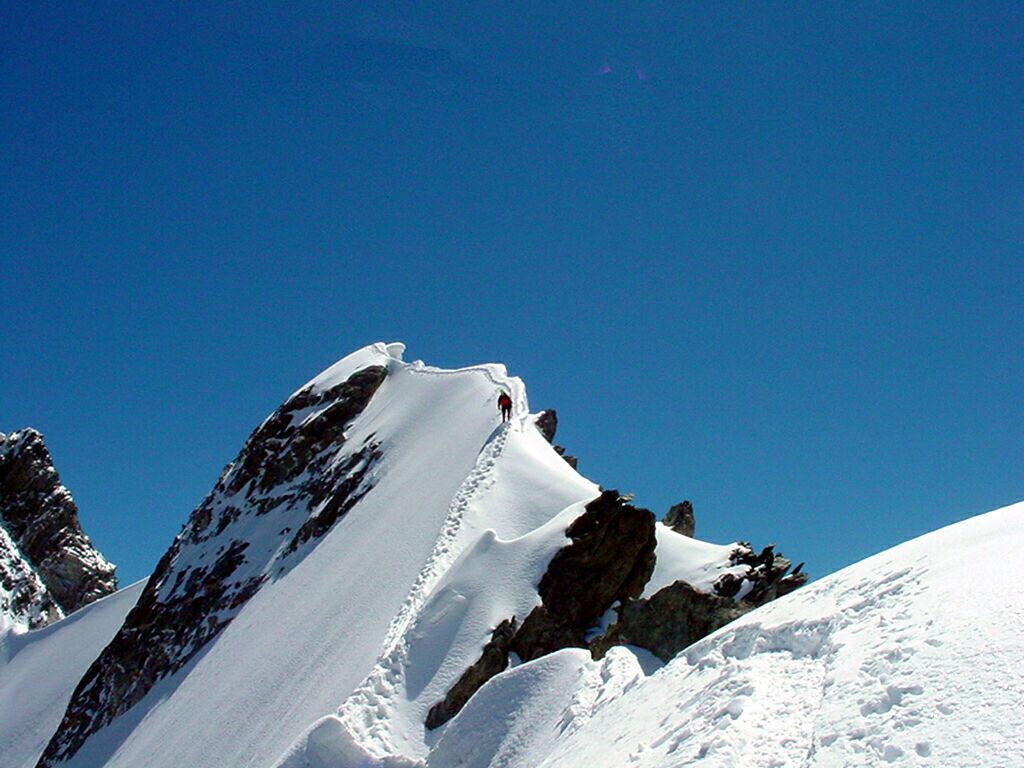