This is an imponent and complexed mountain, 3320m high and divides the valleys of Otro, Gressoney and Vogna Valley. From its peaks you can admire a vast panorama which equals that of Grivola or Monte Emilius.It ranges over almost half of the Alpine chain and the Maritime Alps at Retichee with spectacular views of Mont Blanc, Cervino and Mont Rosa. The North East peak of Corno Bianco was first conquered in 1894. It provides some interesting climbing routes on solid exposed rock about 450m above sea level, with differences in height of 1600m and climbing levels up to grade 3.

Once outside Alagna, head for the fantastic pastures of Otro where you can admire groups of wooden mountain huts, a clear demonstration of the strong presence of the ancient Walser population. From here  follow the trail crossing the pastures of Pianmisura and Culteri until the small bivouac, Ravelli (4 hours). The Ravelli Bivouac (2503 m) is found on the summit of a rocky outcrop  near a beautiful little lake, in the Vallone of Otro. It was built  in memory of the priest Don Luigi Ravelli, an academic alpinist and author of a popular guide on Val Sesia. The following day you continue the hike up the gravel that leads to the Uomo Storto pass (2870 m), a spot well worth to stop and admire the sunrise on Mont Rosa. This is the starting point of a climb on solid rock with intermittent steep sections until Punta di Netscio (3280 m). After an exposed horizontal overhang on the north wall, the peak straightens out again and with various beautiful grade 3 routes it leads you to the foresummit and finally to the peak (5 hours). The long descent is marked by an easy hike along the crest that leads to Bocchetta del Puio, then via rocky canals and moraines that include passages up to grade 2. Crossing that which remains of the small glacier of Puio and descending the last rocky canals you reach a splendid valley where the peak of Corno Bianco is mirrored in the limpid waters of lake Tailly. The route back to Alagna takes 4 hours passing by the small pasture of Tailly, and following the fairy-tale-like conifer woodlands on the plains of Gender. 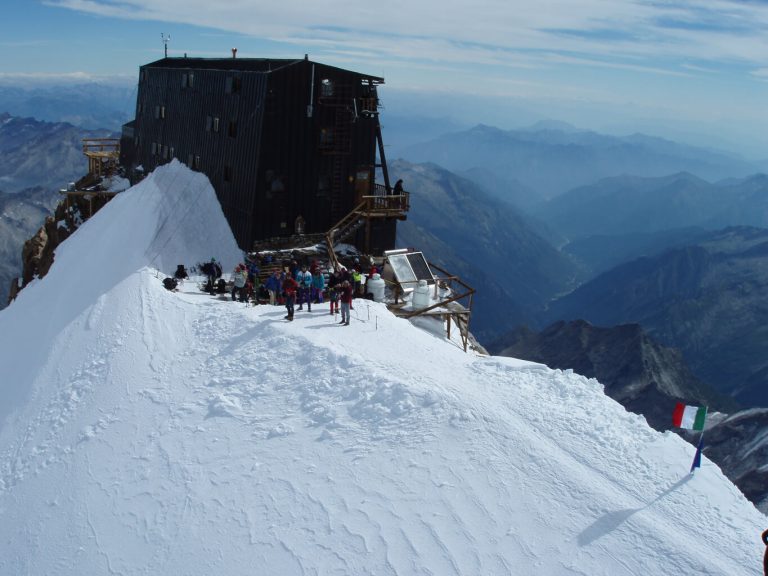 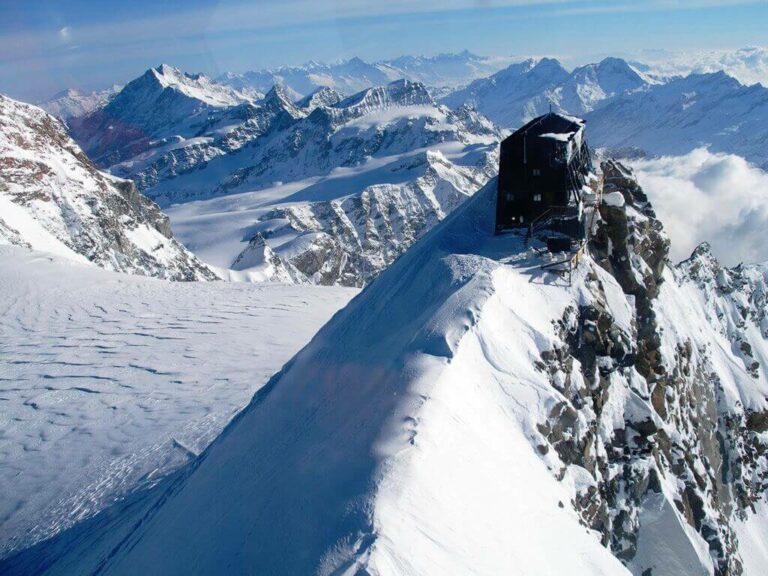 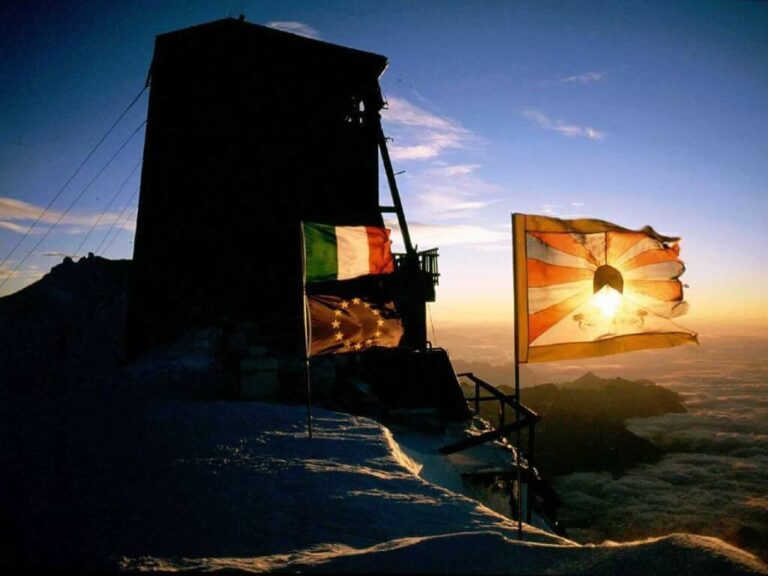