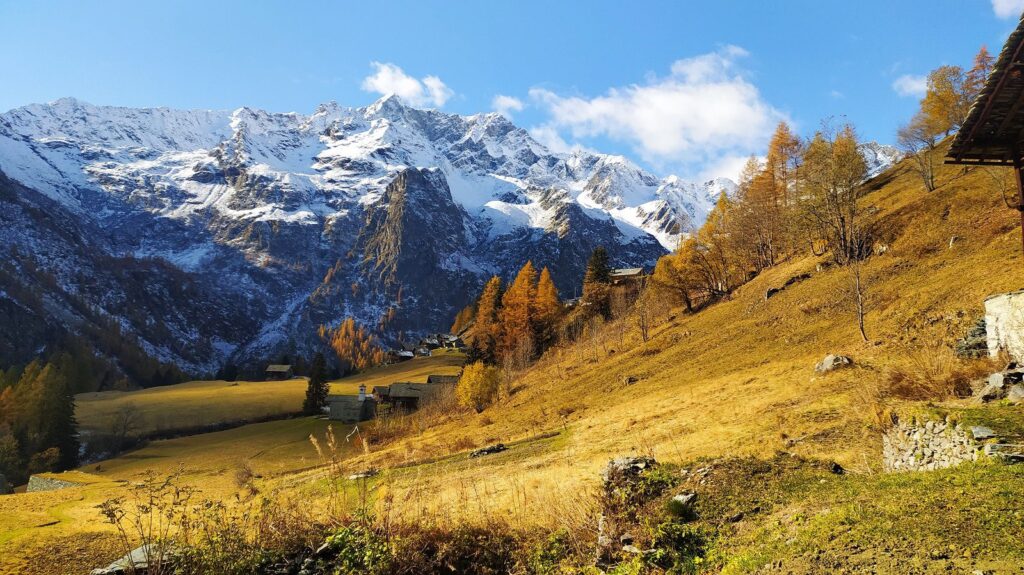 The Val d’Otro is the first of the valleys that fan out from Alagna. It is mentioned since the 11th century in documents that sanction the various changes of ownership from the feudal lords to the church. The transformation from a mountain pasture to a permanent settlement took place in the early 1300s by the Walsers from Gressoney. For a long time we can read only about the inhabitants of the Otro valley and not of the 5 little hamlets that today  anthropize the landscape. We have to get to 1417 to find the name of Scarpia and still some time for the other hamlets. This of course doesn’t mean they didn’t exist. In fact, the subdivision by groups of houses was probably  there from the beginning, starting with the organization of the alpine pastures and then continued in the permanent one. Small agglomerations equipped with a fountain and a oven surrounded by sufficient land for grazing, mowing and crops.

The fronts of the houses in the hamlets are all oriented to seek the light. The current type of houses, including the two known as Daverio huts, belong the late 1500s Defining them only huts does not do justice to the complexity of these buildings under whose roof there is everything that could serve the life of the settlers. The buildings of the origins, of the fourteenth century, were certainly a little different from the current ones: a reduced number of floors with rural environments separated from civil ones. Distinct buildings with only a small portion covered with horizontal poles for drying hay and cereals. Accomplice of the building evolution was probably also the climate change (Little Ice Age) which affected the centuries following colonization, starting from the 16th century. Lower temperatures, increased rainfall and humidity characterized the new climatic period. Precisely these last characteristics could have been at the basis of the development of the loggias (lobbies), of the enlargement of the surfaces dedicated to drying and the inclusion of the floor dedicated to the bedrooms between stables, kitchens and barns, in the warmest area of ​​the sources of heat on the ground floor in stone and thermal insulation of the top floor. Particularly applicable to Valsesia where the percentage of humidity has always been higher than in other valleys around Monte Rosa.

The “Baite Daverio” are intact examples of this type of construction. The outermost house, to the left of the hamlet, dates back to 1704. The second, flanked by the first, characterized by a covered passage, was built in 1564. On both houses we can see the distinctive sign of the family “Huszaiche”. 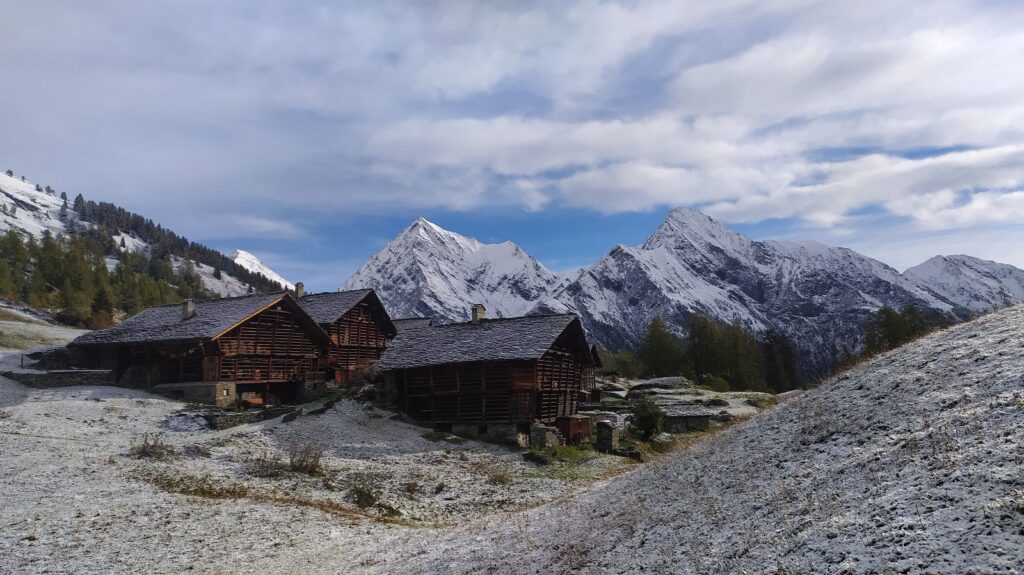