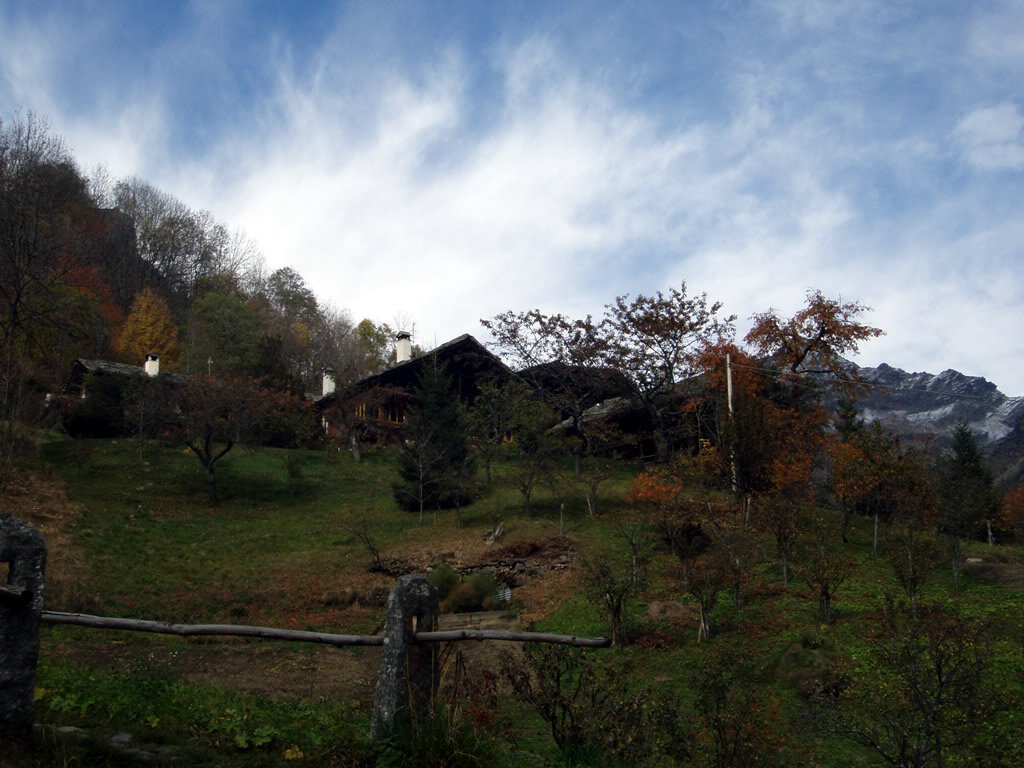 The tour of the upper hamlets passes by the villages above the town centre of Alagna. These are the hamlets most inhabited by the residents, even if the road leading there is steep and narrow and seem less like a touristic village and more lived in to the visitor.

The high lying hamlets of Alagna: Porazzo, Montella, Goreto, Piane and Dosso. You will reach the hamlet Porazzo starting from the porch of the church and going up the staircase on the side of the cemetery.
The route, flanked by recently built houses in a construction mix of the 20th century and Walser mountain hut styles, winds along next to the re-entry piste of the ski lifts and crosses the torrent Olen over a little bridge near the road. A little further, the route starts again and rises diagonally into Montella, a real balcony above Alagna town centre, suspended between the meadows and the mountain huts. The trail runs round the oratory of Maria Ausiliatrice at the entrance of the hamlet and winds up steeply, bordering the beautiful mountain hut called “bear”, because for many years, the paw of the last bear killed in Alagna was hung on the top of it. It continues towards the magical birch forest and leads to the hamlet Goreto.
This stretch of the road adds to the poetry of the natural environment and the fascination of the antique architectural remains, now, almost submerged by the vegetation, makes the area a gracious place to visit in all seasons.
Leaving the forest, the route overlaps the road and leads to a wide plain with the hamlet Goreto leaning on its right side and on the left, the hamlet Rusa. Both are settlements from the first half of the 14th century and have remained intact over the centuries. Here you breathe in the suspended time between Alagna’s past and its daily existence today.

The oratory San Giacomo Maggiore in the hamlet Goreto, blessed in 1685 and recently restructured, faces the little square where there is also a beautiful monolithic fountain with two baths.
In the hamlet Rusa, there are houses from the 15th century. Of particular interest is the stone door of casa Muretto, with the family coat of arms and the date 1406.
Inside the oratory San Giovanni, just outside the inhabited town centre and blessed in 1678, there is a beautifully preserved big, baroque, etched, polycromatic, wooden altar.
Following the trail in the direction of the oratory, you will encounter the road back to Alagna. The hamlet trail continues further, first leading to the hamlet’s monolithic fountain and descends comfortably with clear signs in the direction of the torrent Olen.
After crossing a short stretch of forest with the remains of two mills on the path, it leads into the hamlet Piane near the oratory San Pietro.The hamlet trail winds along the inside of the hamlet, bordering the cultivated fields of the agricultural company Ordi delle Piane and leads to the hamlet Dosso, where an antique oven can still be seen, and descends in the direction of Alagna, snaking between moss and shrubs in a larch and birch forest. This stretch of the trail that runs under the ski lifts of Pianaluga, offers beautiful panoramas of the centre of Alagna and the lower valley and reaches the hamlet Ecco first and then the hamlet Bonda which castles above the entrance square to the ski lifts. It looks very poetic with well-preserved houses and vegetable gardens surrounding it. 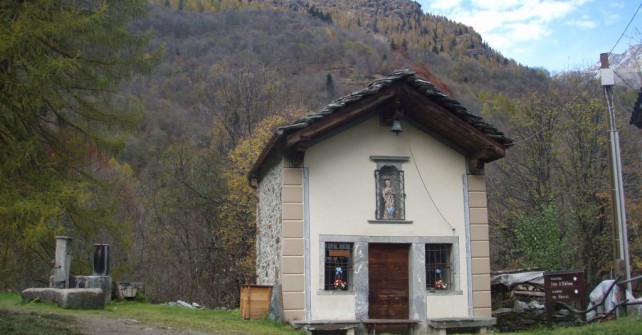 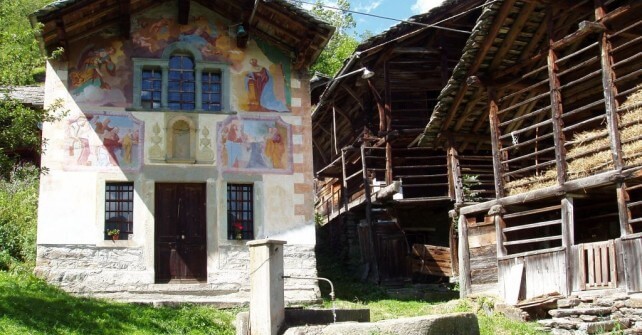 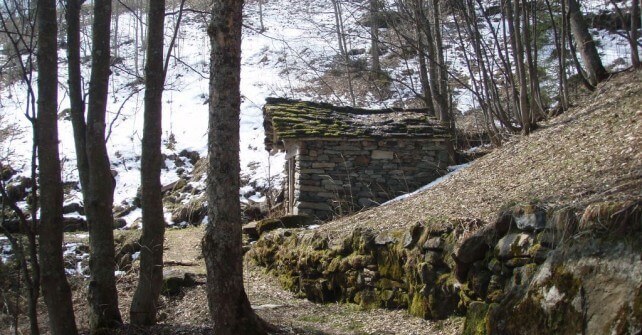 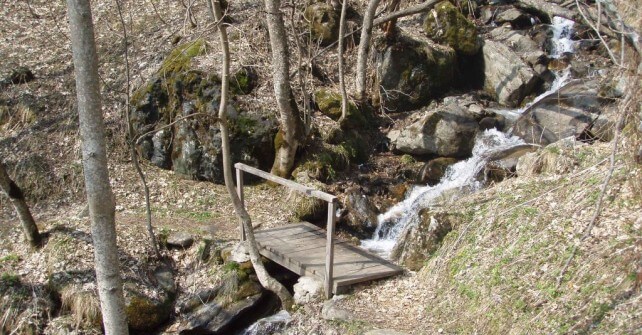 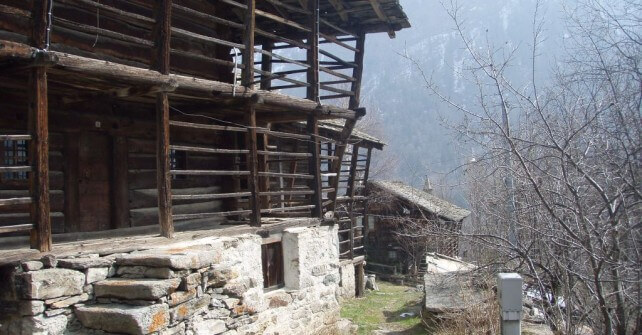 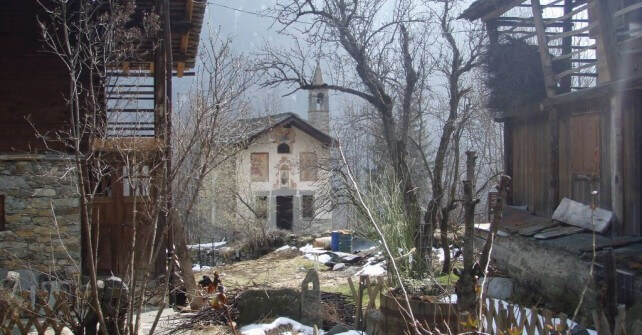 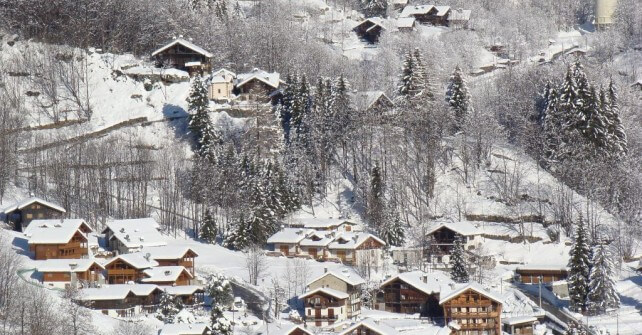 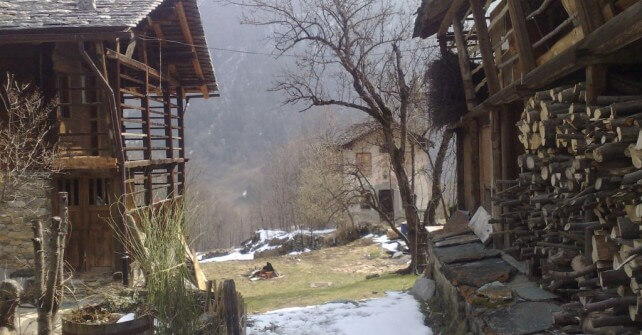 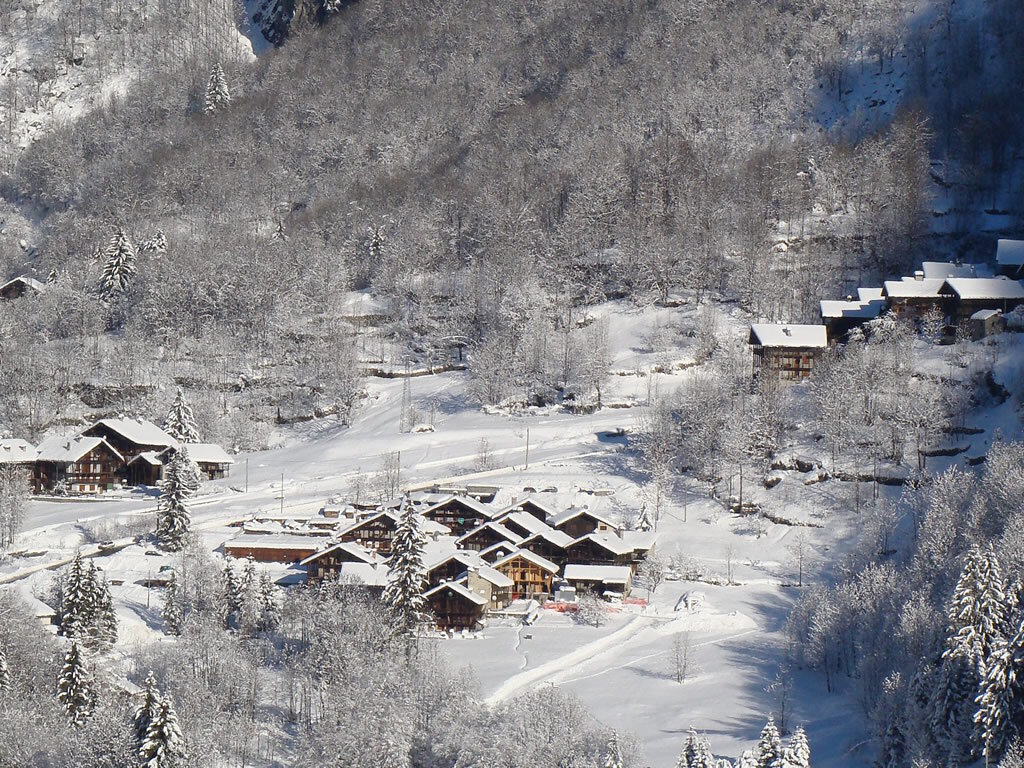 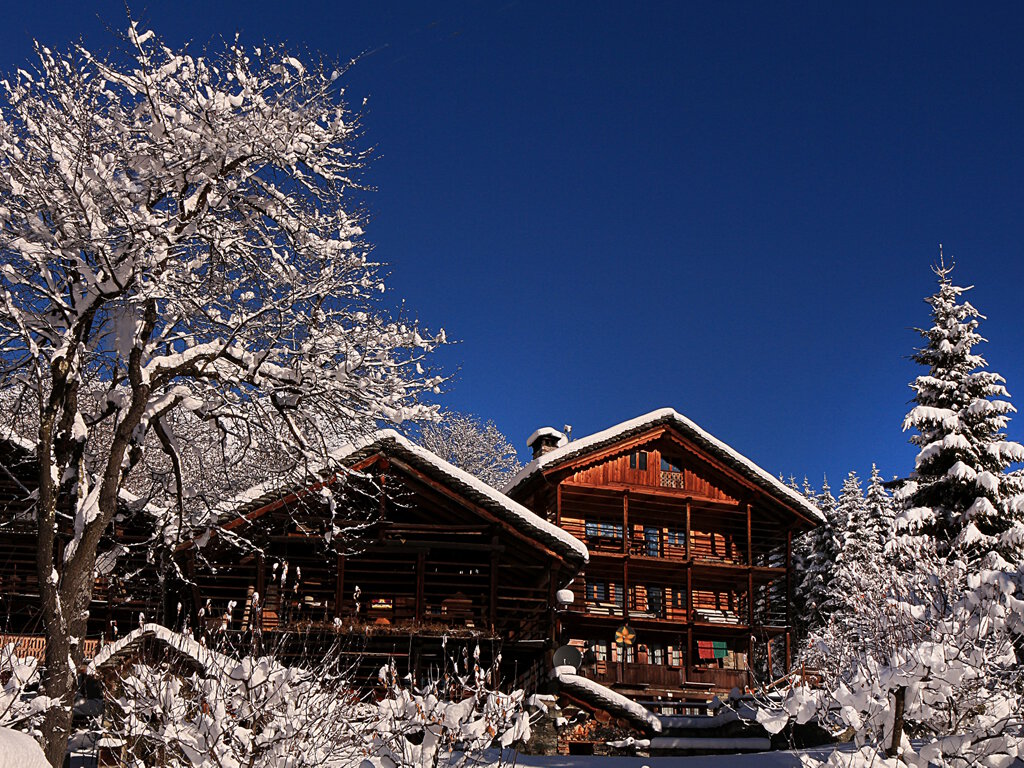 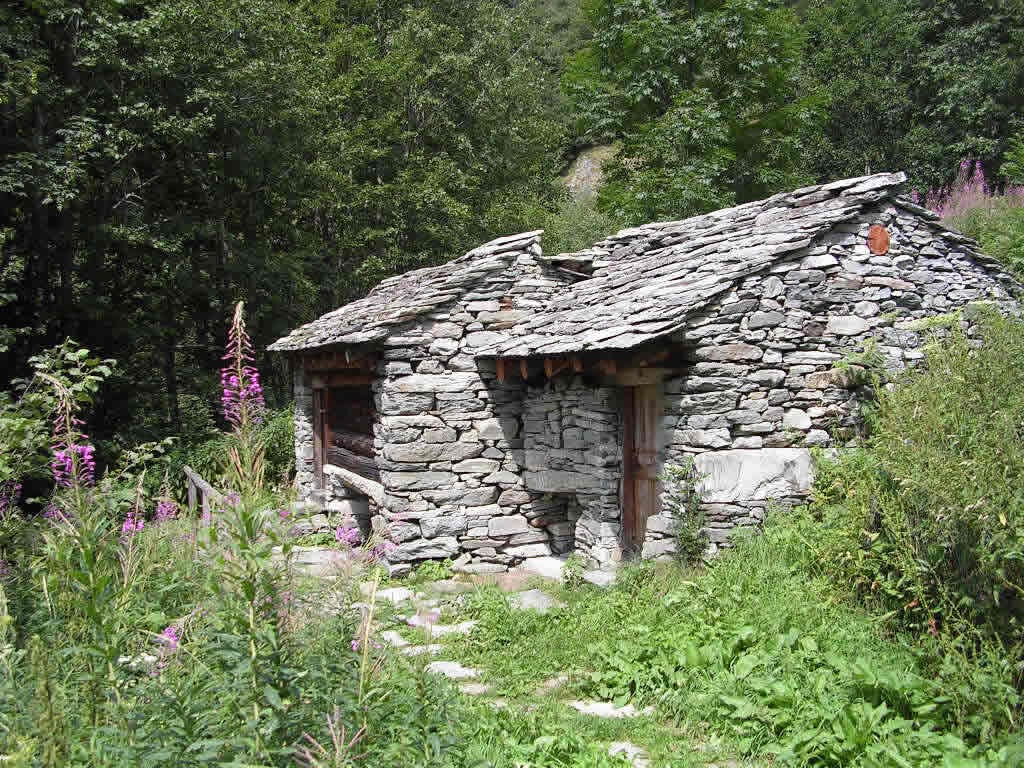