The Walser of the Valsesia

There are six Walser colonies to the south of Mont Rosa, all founded between the XII and the XIII centuries. Alagna, colonized in the XIII century by people from Macugnaga, was for centuries an agro-pastoral community that maintained its identity, traditions and culture until the relatively recent development of tourism changed its vocation. Riva Valdobbia, which previously with Alagna formed the community of Pietre Gemelle, today unites the pastoral soul of the Val Vogna mountain pastures, place of contact, with the community of Gressoney and with the refined culture imported by the migrants from France and Switzerland, who made the village a little architectonic jewel.

At the summit of Val d’Egua, the basin of Carcoforo stretches out mixing pastoral economy with sustainable tourism, a mixture that helped the area to be awarded the prize: “Ideal Village” in 1991. Rimasco in Val Semenza, which lies gently on the shores of a lake with the same name, keeps the Walser hamlet of Dorca intact. At the bottom of the valley, Rima is the highest municipality of Valsesia at 1417 meters, castled under the impressive north face of MountTagliaferro, a silent maze of small squares, quiet fountains and characteristic Walser homes. In Val Mastallone, Rimella shows off the charm of secular isolation, which has initiated a spontaneous process of environmental and cultural conservation,a rare safeguard for the language and the oldest religious traditions. All these communities are part of a project of the Italian Government to safeguard and protect ethnic minorities. Furthermore provision was made in the form of a linguistic information desk for all the communes and the ecomuseum hiking trails, specifically for the purpose of maintaining traditions and cultures risking disappearance. 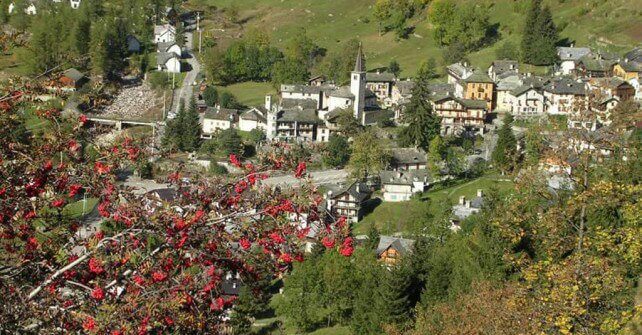 The Walser of the Sesia valley